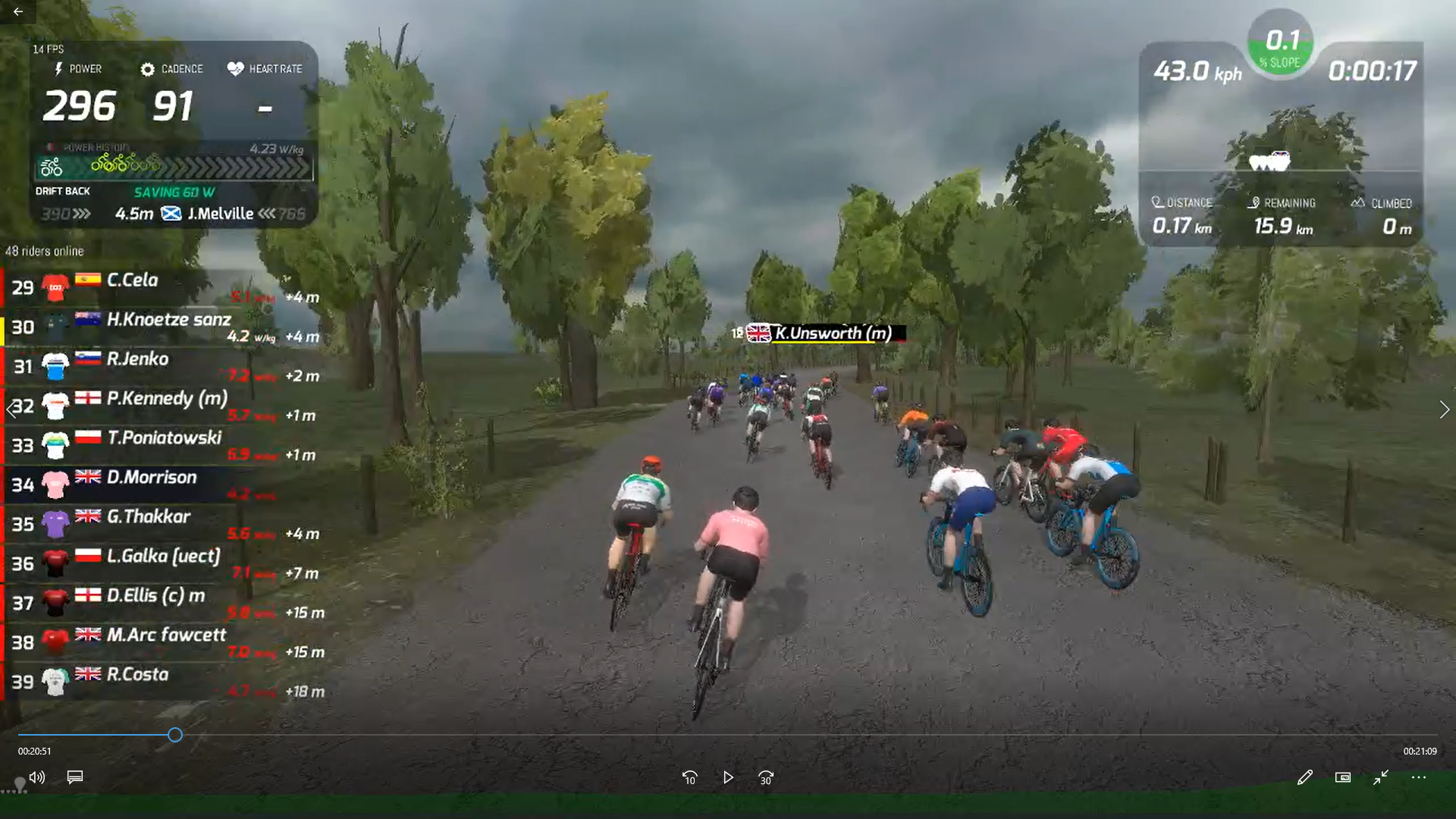 The series is turning into a Vuelta Skelter, Roller-Coaster, Hero Giro thriller, it is now too tight to call with only two races to go.

Race 3.11 was really quite flat but with an attritional climb thrown in over the closing kilometer which was enough to make a difference but one look at the all-star cast in the top places and you’ll recognise that this was a quality field and Robert Jenko has pulled off a big win.

Nic Stevenson got away but was reeled back in with around 2km to go and the gradual climb at the end started wearing down the bunch to around 7 or 8 riders before Robert sped off with 250m to go. John Sammut nearly caught him, but Jenko held on for a stunning win.

But a small technical blip was enough to push Ned Bowen back down to 24th, unfamiliar territory for the series’ dominant rider who, uncharacteristically, now finds himself down in second place in the standings, 7 points adrift from the new Virtual Jersey wearer, Nick Greenhalgh. This is turning into an edge of the seat nail-biter and James Melville lurks in third with Carlos Cela hot on his heels for that last podium place……. we can’t wait for race 3.12!

Rasio Racing showed their dominace once again, with three riders in the top 10 and look destined to take the team award.

Meanwhile, the Westonia League for Westerley CC members replicated the thrills of the main standings when Tim Cummins lost his Bluetooth connection on the start line and ended up way back in the field as a result, allowing David Buckley and Andrew Beale to get very close, this looks like going all the way to race 3.13 too.

Stay close to this, Series 3 is a cracker. The next race, 3.12 is on Wednesday 15th September at 7.30pm UK time and can be entered here; ENTER HERE

Meanwhile, here are some tantalising figures to salivate over…….