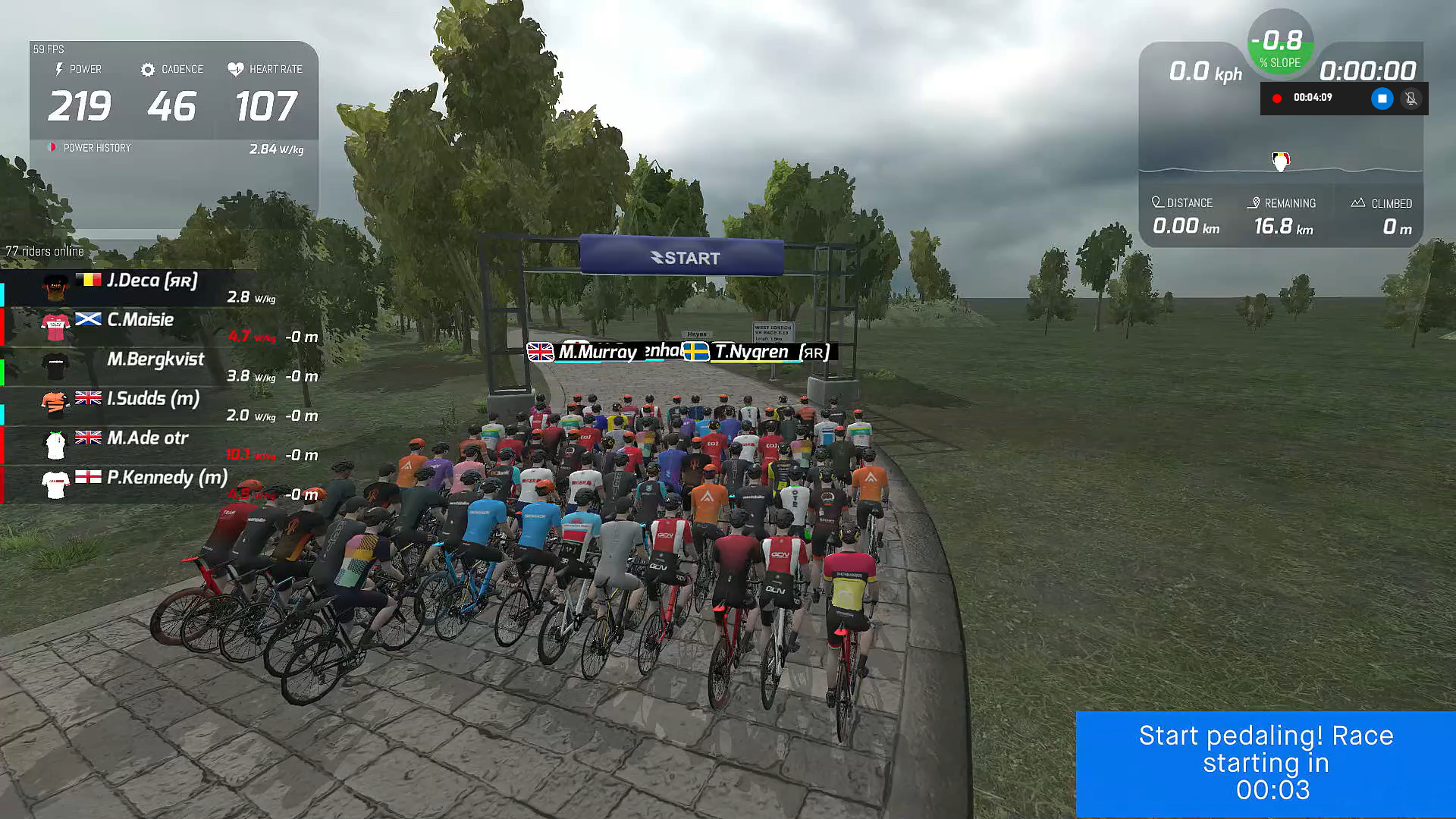 A stunning finish gives Nick the championship from Ned Bowen in a thrilling finale whilst Tom Gales takes a stunning race victory!

PAGE DOWN FOR THE FULLY CLASSIFIED RESULTS

We knew this would be a thriller and we weren’t let down. But whilst Nick Greenhalgh will be quaffing the bubbly tonight let’s not overlook a phenomenal win by Tom Gakes of the Netherlands and a stunning second from Miles Askew as you can see in the photo above.

But this race was always about the series. The last race in the series was an 11 lap spin around the Hillingdon Circuit and with Nick Greenhalgh on 1,112 points and Ned Bowen on 1,111 it was tight. The two had agreed that in the event of a tie, overall time would decide, which would favour Nick. So Ned needed to beat Nick by two places.

Ned is the ultimate sprinter, cooly knowing just when to unleash his power and not wasting energy during the race on the front. We suspected that Nick would need to launch early to avoid being too close to Ned in a sprint and, with a strong Rasio Racing team around him Nick took his chances on the last lap and it worked.

Nick is a double winner, as Rasio Racing have also emphatically won the team classification.

Meanwhile, David Buckley has retained the Westonia League championship for Westerley CC members, but sincere commiserations to Tim Cummins who was slightly unlucky!

This has been an amazing series and we thank everyone who has participated … you’ve all been amazing. Series Four has a few more ‘choppy’ courses, but is largely manageable and it will remain in the West London VR tradition…..FAST AND FURIOUS!

Series Four starts on Wednesday 13th October and you can ENTER RACE 4.1 HERE

For details of the whole Series Four CLICK HERE

TEAM ENTRIES: Please email team names and riders for Series Four to WesterleyDM@gmail.com by 12th October. Teams can be between 2 and 4 riders, with the first two’s points in each race counting towards the team classification. You can change the team members during the season by emailing changes before a race. New riders only count from the date of the change.

NEW CLASSIFICATION: For those that can’t make every race, there is a secondary (green jersey) competition which takes your best six results into account. If you ride six races, you will be included and if you ride more, the best of your races will be counted towards this classification called THE SIX TIMES TABLE

And finally for Series Three …the data that rates ya!