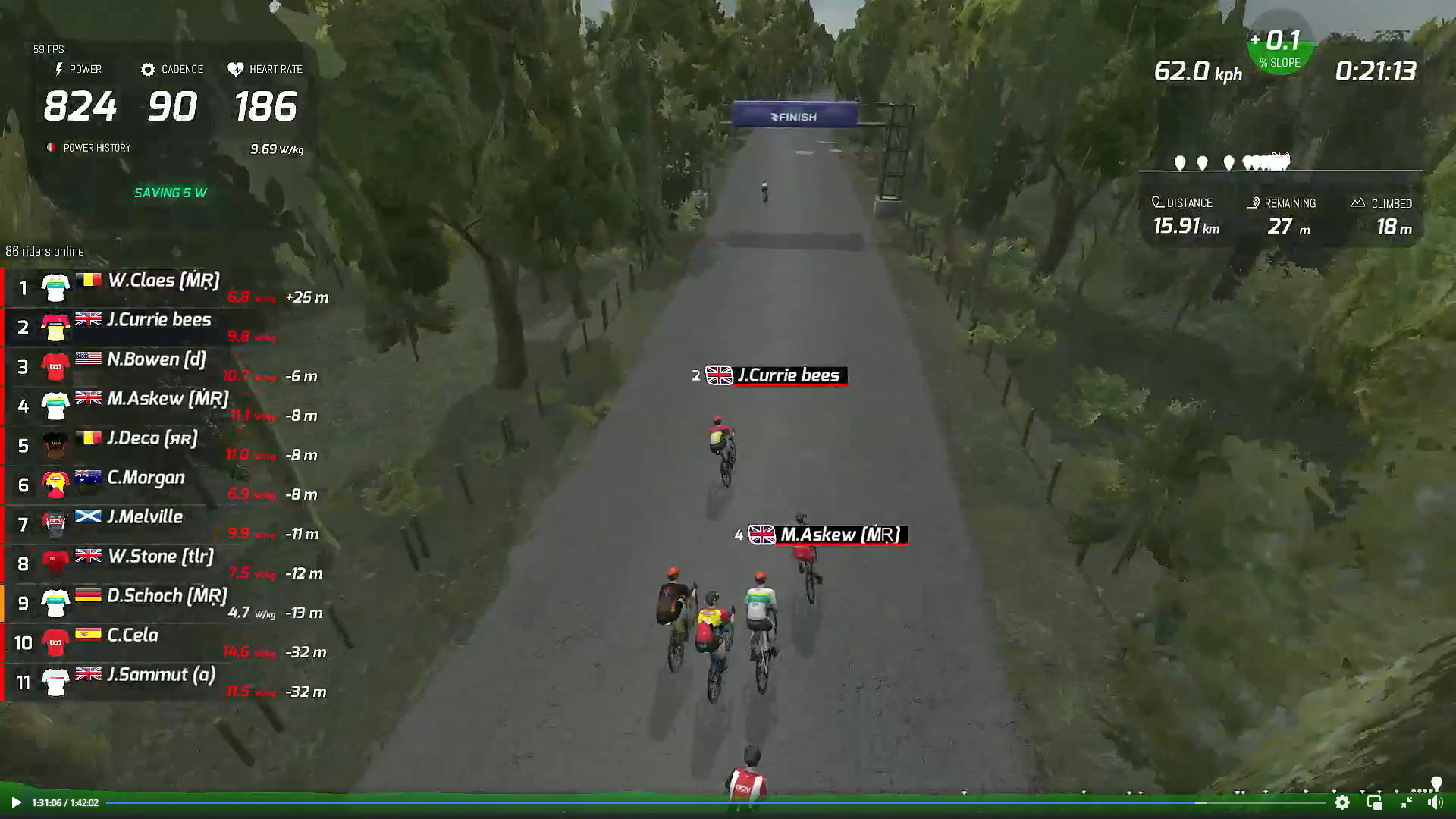 FLANDRIAN CLAES IS EMPHATIC IN A STUNNING WIN

Doug Hart and Kaspers Hededam burst from the 50 rider peleton as the last kilometer unfolded, it looked decisive but then the Moon Riders Team surged, at one point they looked to be on for a one-two-three finish but in reality it was a lead out, perfectly executed and, once launched, Wouter Claes was unassailable …. look at the gap above, that was a classy finish from the Moon Riders. Miles Askew managed fourth place too, and that puts Moon Riders firmly ahead of reigning champions Rasio Racing in the Team Classification.

Teams are made up of e-racing teams and local club teams and it was brilliant to see one of the Southborough District Wheelers riders, James Currie, take a clear second for the Kent based cycling club. No surprise at third place, as king sprinter Ned Bowen slipped through to start his campaign on a high as he attempts to regain the title he lost to Nick Greenhalgh in Series Three.

This race was almost flat, just 19m ascent, and was designed for a large sprint finish. However, tactics were played out and riders on the front pushed hard so as to drop riders off the back of the bunch throughout the race. Nevertheless, almost 50 riders from the 88 starters (112 entries) were still in contention towards the end. It is testimony to how hard riders on the front were pushing that, in fact the finish was far more strung out due to the high pace.

Despite the prediction of a bunch sprint failing to materialise, the race did, nevertheless produce some results that will mean that some of the contenders have a little catching up to do.

The next race is a little more undulating, so offers a chance for the non-sprinters to pick up points. It is on Wednesday 27th October at 7.30 UK Time and you can ENTER HERE

All the results and classifications are below (scroll down). NOTE: The Six Times Table (Six of the Best) Classification where riders’ six best results count, will only differ from the General Classification from Race Seven so is not published here.