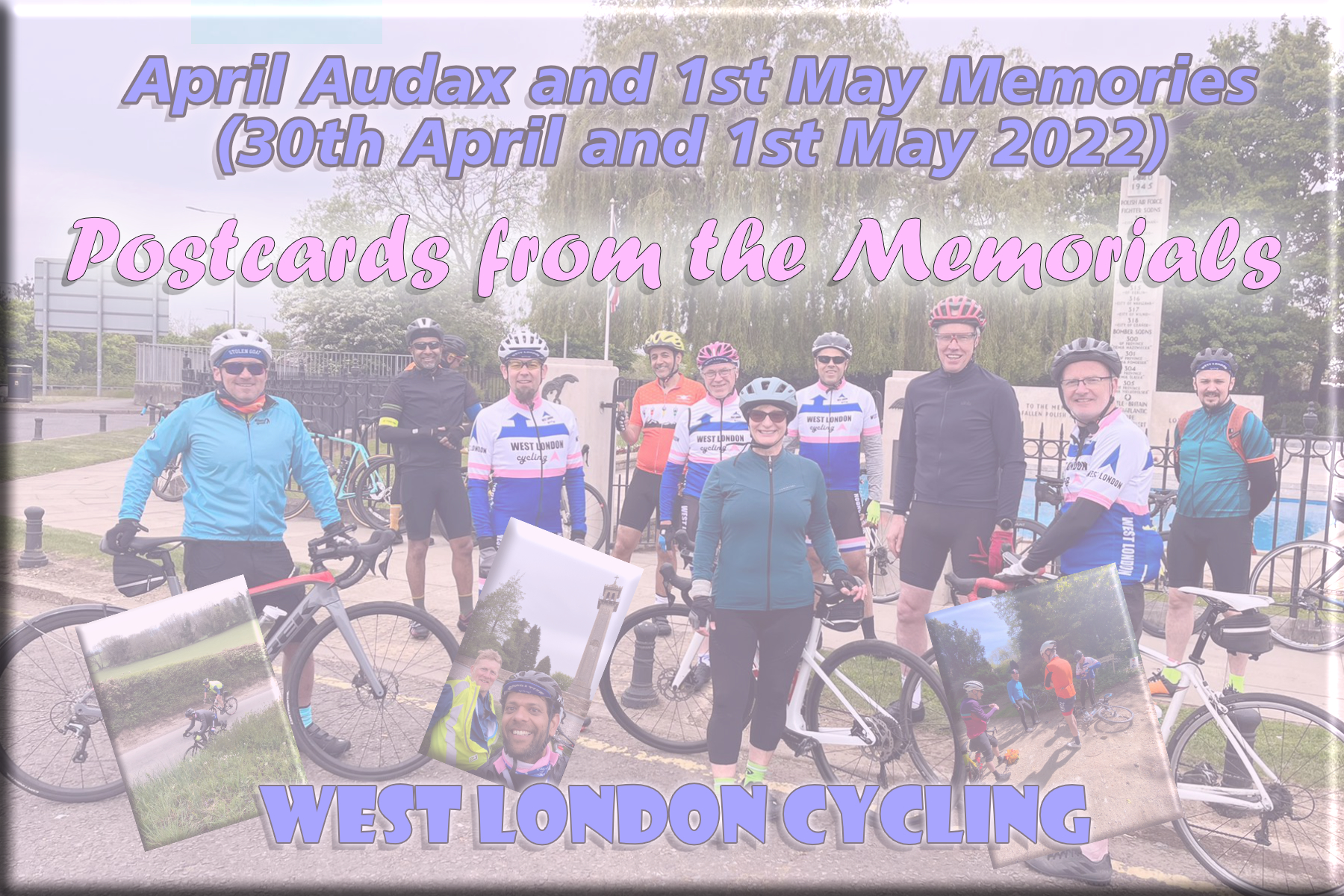 Another healthy turnout for our Bank Holiday Sunday club ride, despite the strong Audax participation this weekend and people going away for the weekend, we salute our stalwarts who enjoyed a nice spin out to Burnham Beeches.

Unfortunately Malcolm Murdoch was an early casualty to mechanicals but went home, changed bikes, and rode the route solo…. what a star!

AUDAX ADVENTURES, GREMLINS & GOOD TIMES ….. Not always how one might want it, but war stories for weekend warriors are a rite of passage……

With Steve Mannel and Gurpreet Singh Dhindsa nursing injuries we were down to just half a dozen starters in the prestigious London-Wales -London 400km Audax.

Four of our riders, Stu Thorn, Bryn Evans, Gautam Thakkar and Dave Morrison had volunteered to help out with the sign-ons and catering at the start so David Tobin and Syed Shah set off solo. Sadly, both fell victim to ailments, Syed clocking up 216km to Chepstow (at least he made it to Wales!) before succumbing to a foot injury and David suffering as he is just back from COVID … but still managed a magnificent 300km to Swindon … chapeau!

Not that our four finishers had a smooth ride! Dave Morrison hit a huge pothole on the fast descent on Winchcombe Hill (Sudeley Castle) and wrecked the rims of both (tubeless) wheels. Things didn’t look good but with an inner tube in the back wheel from Winchcombe onwards and, eventually, one in the front too, after riding up the Somerset Monument climb on a flat, they got around.

More excitement ensued at Chepstow, where Stu Thorn’s padlock decided to seize up and we had to find some cutters to break it, just as Chepstow Town Centre was hit with a power cut! Just before Lambourn we stopped and assisted a couple of ladies with a mechanical, the good old reliable cable-tie saving the day ….. moral of the story, always carry a cable tie in your saddle bag.

Former London-Wales-London organiser Liam Fitzpatrick had offered a prize of the very last LWL cap to the most worthy West London Cycling rider and after a healthy discussion at the finish, it was awarded to Gautam Thakkar for completing his very first 400km Audax. He proudly wore it home and, for all we know, probably wore it all day Sunday … well done Gautam!

Coming up we have the 400km London Circuit from Ruislip next Saturday and then the one everyone is talking about, the Tour de Ricky on 21st May. If you look closely you’ll see the Tour de Ricky caps behind the LWL cap in the photo below, they will be on sale at the event, raising money for charity. We think they look pretty cool, so make sure you get one on the day.