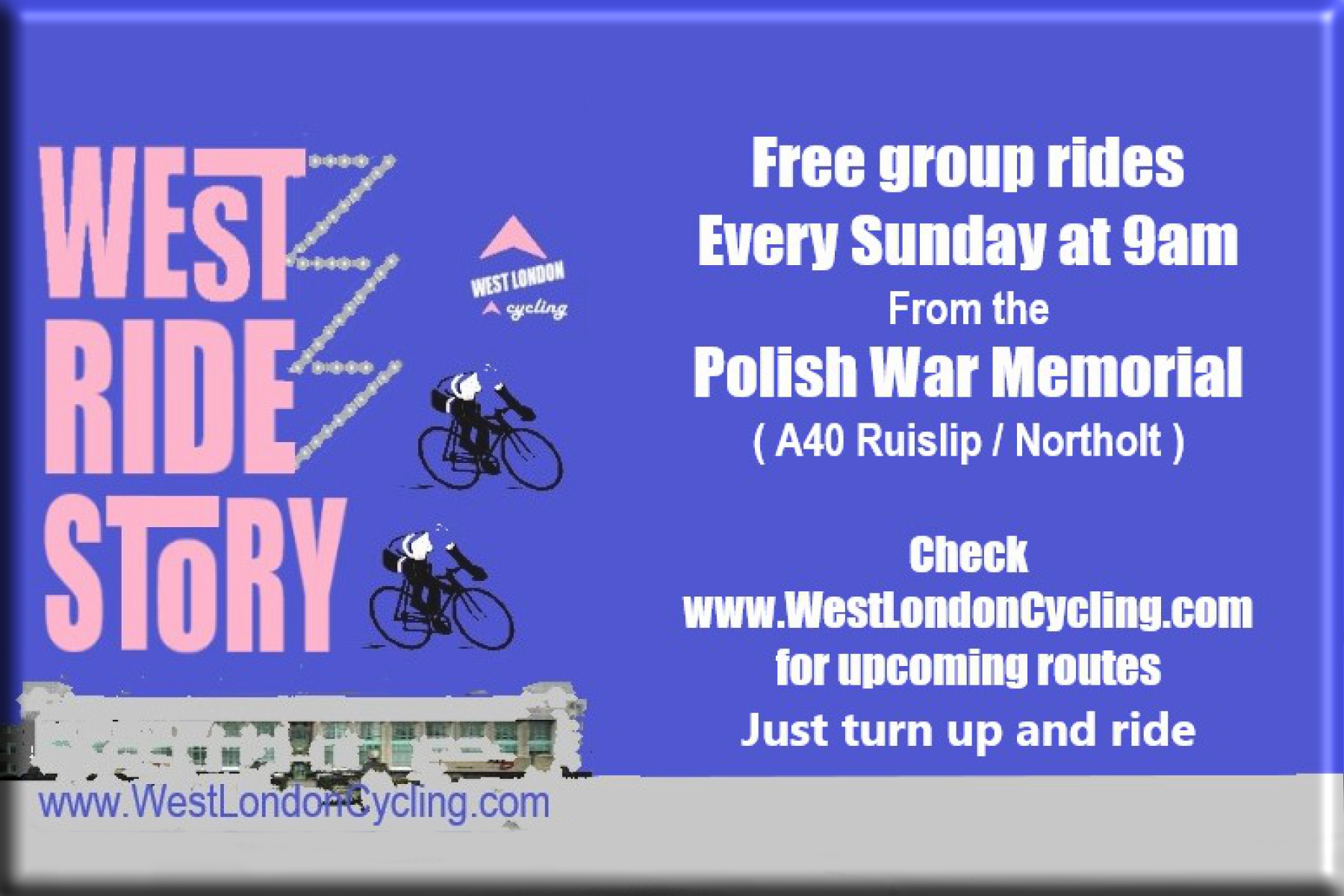 Pedal the road to happiness on a Sunday Runday Funday from the Polish War Memorial at 9.00 on any Sunday.

The buzz of cycling deserves the buzz of a shot of caffeine, and we stop for coffee and cake either during or at the end of the ride for a good social chat.

There’s no fee, it’s Cycling Thrilling and Chilling without any billing, gratis, free and complimentary. Just turn up and ride. Expect speeds to average 22kph to 26kph over the ride (faster on the flat, slower on slopes of course). We generally split into several groups to accommodate differently paced riders. You should download the route on your device before the ride, it’s free to download from the Rides and Routes page in the dropdown menu under the Members’ Zone tab above (you will need to register with West London Cycling to access the routes, but it’s free quick and easy).

Essentially, the faster groups do the longer routes with the aim of coordinating the coffee stop such that we have a right good social cycle chat.

This Sunday, 26th June sees a return to the classic Wendover Woods ride (as requested) and there is an ongoing poll to decide the 10th July route. The third of July involves a trip to Marlow, another popular ride.