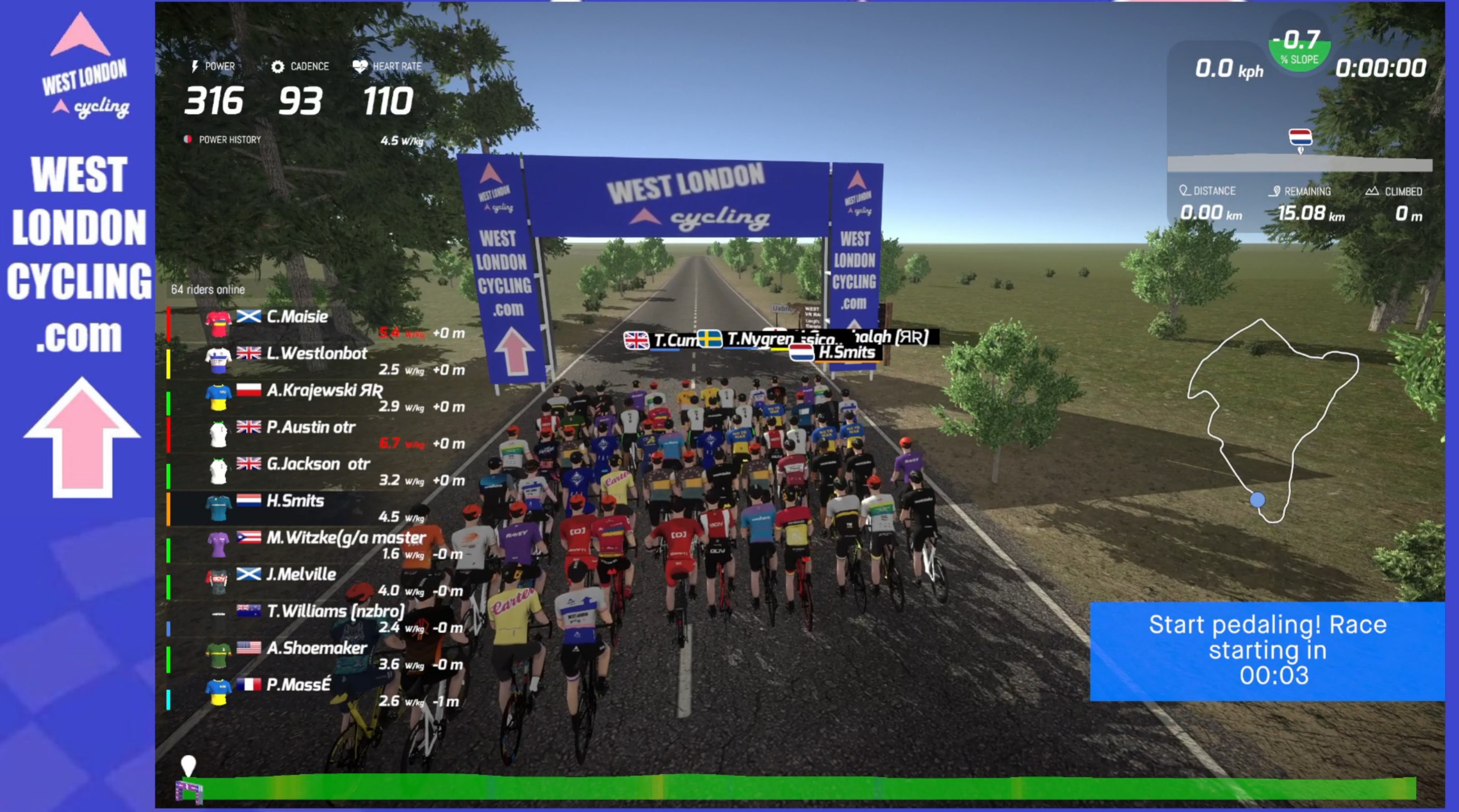 With Wouter Claes not around, this was a big moment for anyone aspiring to take the General Classification and our hearts go out to Tom Gakes who suffered a Techanical dropout when well placed to take the series lead. But it whatever our hearts felt, Doug Hart felt the joy of a masive win, sprinting well clear of everyone to take a clear solo win.

The big gainer tonight though was Ned Bowen a former West London VR Champion whose 4th place has pulled him into first place. By Ned’s standards this hasn’t been his best series, but you can’t keep the great man down. Wouter Claes is still second and only three points behind, but this series is now wide open …. a thrilling final five races await us. Be sure to enter Race 5.9 now, it’s an individual time trial which could have a big impact on the series.

Europe has been in the throes of a heatwave and, although cooler than it has been there were riders suffering from the heat who decided against racing, but still 63 riders took to the start. Ellen Lockett took a rest after doing the Dunwich Dynamo on Saturday and an RGT TTT the night before and Danielle Gaunt, Maria Cristina Witzke and Jessica Wright had no hesitation in taking the opportunity to grab the Ladies League points available.

Jessica and Danielle now find themselves at the top of the Ladies League classification, although riders below them have ridden less races and only the best six results count …. this should be another really exciting season for Ladies League.

Here are the Results from Race 5.8

SEE ALL THE RANKINGS HERE