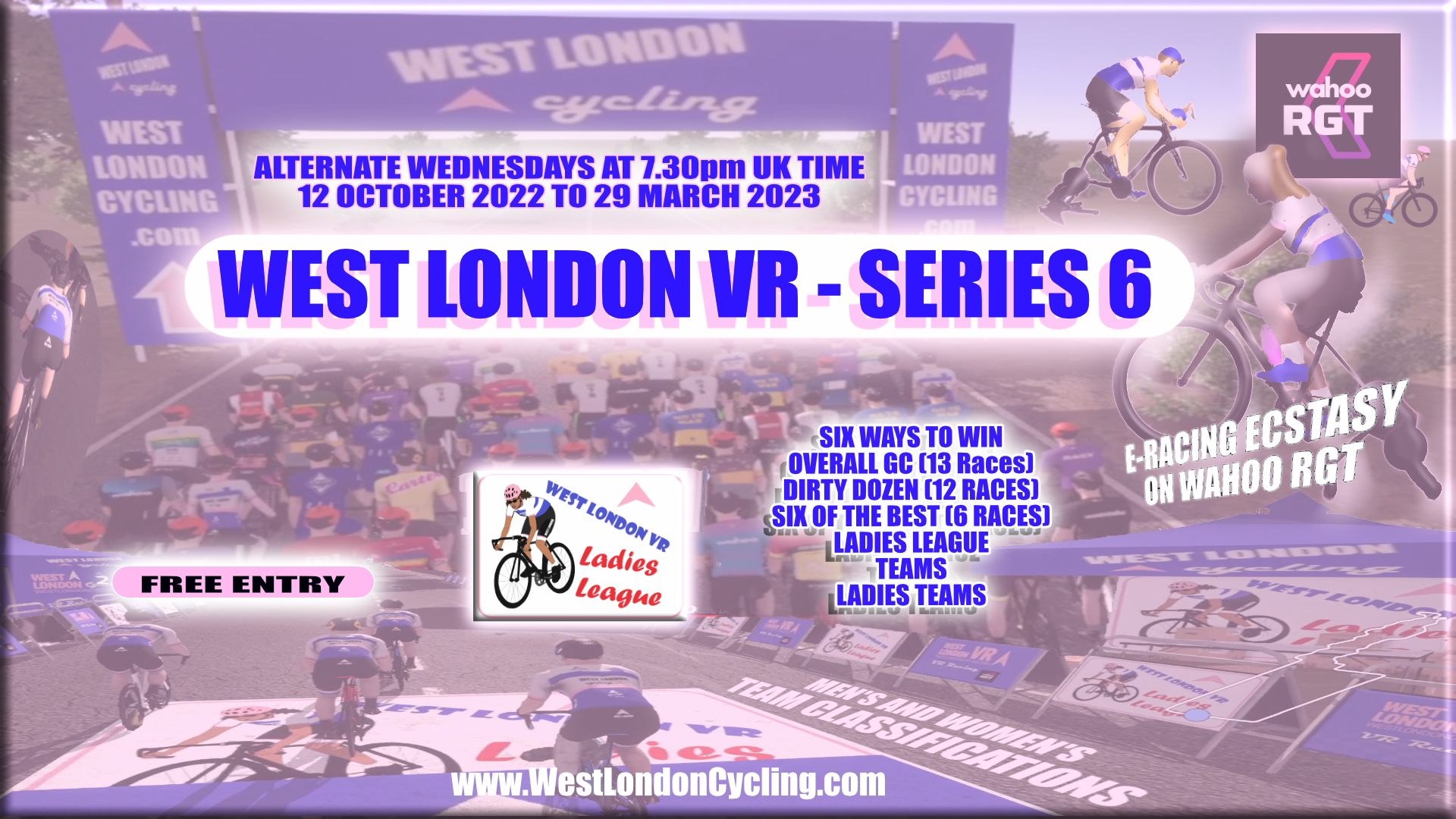 Work is already underway on the Winter Series (Northern Hemisphere), Series Six, which starts on Wednesday 12th October and runs on alternate Wednesdays at 7.30pm UK Time until 29th March 2023.

As usual there will be 13 races approximately 16km long (10 miles) over various terrains but never steep, some criteriums, a team time trial and our usual finale on the Hillingdon Cycle circuit. We have created some brand new routes as well as incorporating some of the classics that have created great races in previous series’. It’s always a competitive fast blast but, just as importantly, it usually breaks down into peletons of similar ability by natural selection and we love the way everyone gets into their own race with their peers.