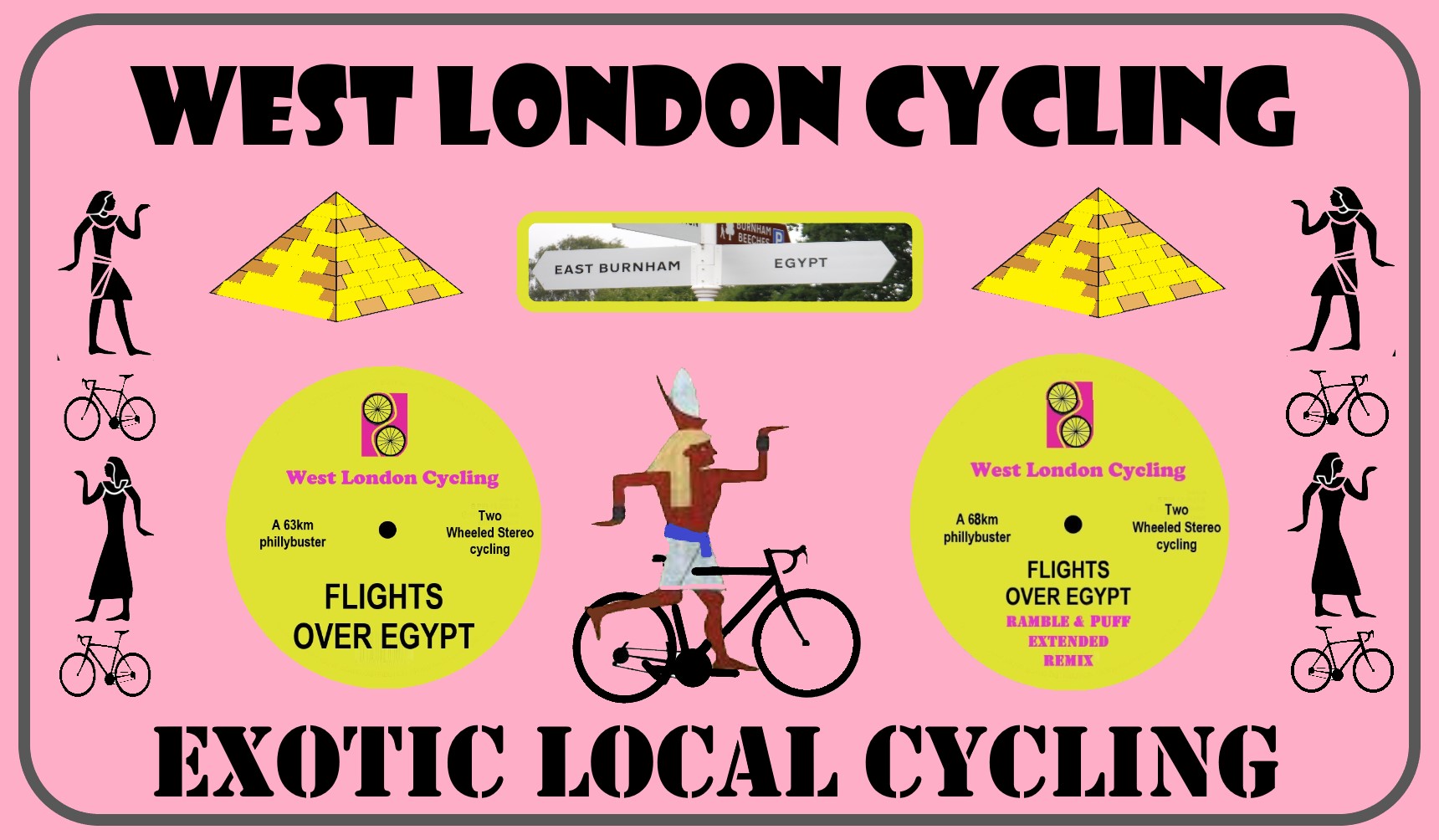 It is, of course, well known that there is a place near Burnham Beeches called Egypt and that this ride doesn’t actually go there, it goes north of Egypt, hence ‘Flights Over’ in the name. Not everyone will realise that the name is a play on the Jones Girls’ 1980s record, Nights Over Egypt. So what? Well, only that the reason we thought of using this route is that the producer and co-writer of the song, Dexter Wansel, is appearing at London’s Jazz Cafe the week before. He also had a massive 1970s Jazz Funk track entitled Life On Mars, so don’t be surprised if the following ride is our Orbit Mars classic, which circles Slough, home of the Mars Bar!

We will be convening for coffee at The Rusty Bike cafe at the end … it’s how Sundays should be …. TSOP (The sound of pedalling) ….. hold on, didn’t Dexter Wansel play on TSOP too?

We decide on the day as to haw many groups we split into, it really depends on who turns up. The faster groups will usually do the longer of the two options with the aim of us all reaching coffee stops at similar times.

OPTION ONE FLIGHTS OVER EGYPT 62km