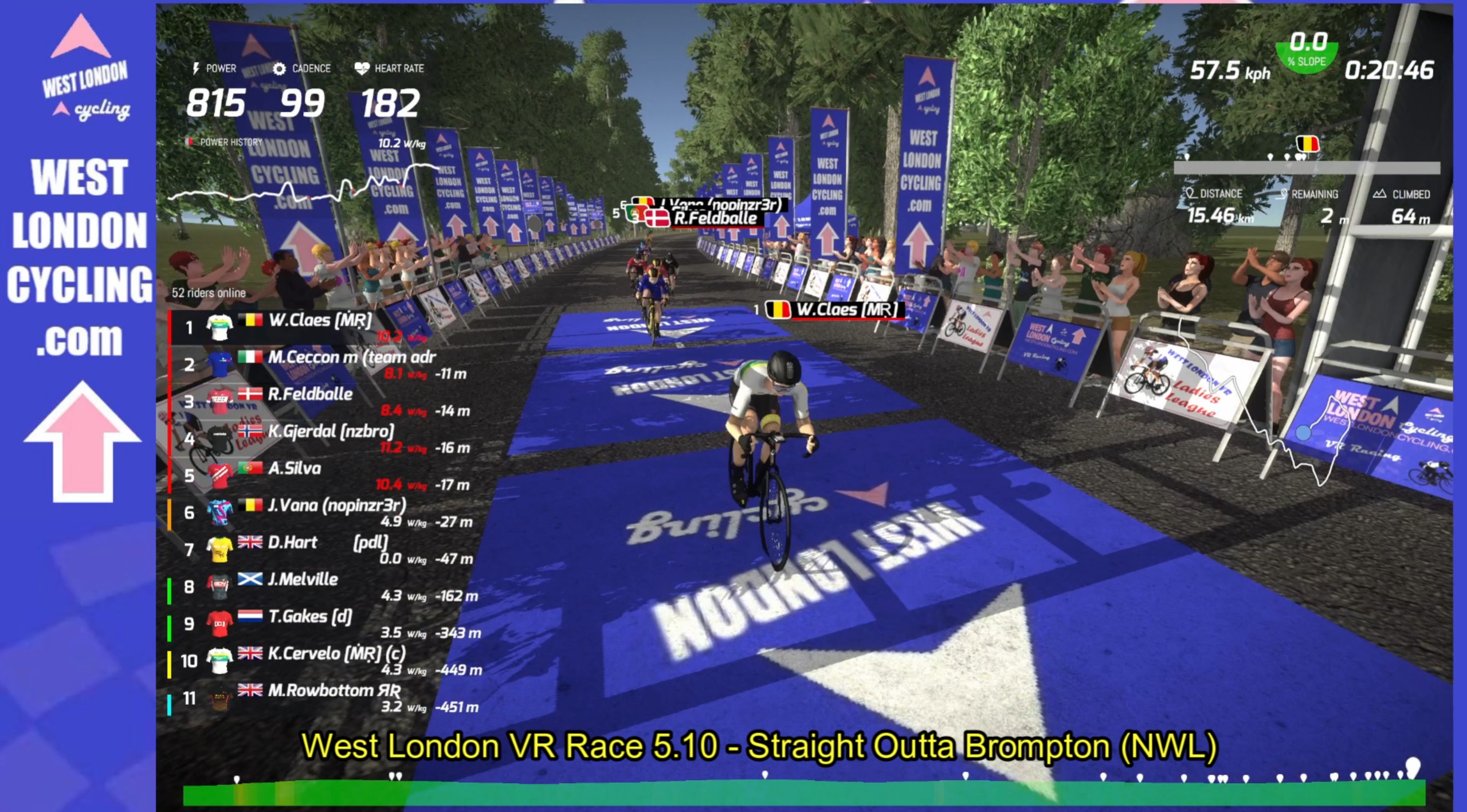 We’ve seen Wouter Claes power home before, and he did it again here, but this race was special. The course was undulating and the big guns put the hammer down. But what was different here was that a group of five managed to break out of the remaining peleton towards the end and weren’t caught, absolutely amazing. When we say they weren’t caught, we should say that a handful of riders bridged across to the breakawy, but the peleton never made it. Watch the video, it’s impressive stuff.

With Nick Greenhalgh not racing and Tom Gakes and Ned Bowen being victims of the breakaway, Wouter now has a 30 point advantage over Ned Bowen in the General Classification with the ever popular James Melville up to third with three races to go in Series Five.

In the team classification Moon Riders are continuing to hold off Rasio Racing but there is another battle for third between Tom Gakes’ and Ned Bowen’s Team Draft and James Melville’s and Alisdair McAlpine’s Glasgow United.

The Six of the Best Competition remains very tight.

CHECK OUT ALL OFTHE STANDINGS HERE

The Ladies League continues to fascinate with Daniele Gaunt and Jessica Wright smartly picking up points when the big guns aren’t racing and the best of six formula might just work out for them. Danielle won today but Gail Robinson from Twickenham CC is beginning to pick up some of that form she showed in Series three and is shooting up the rankings. Watch the video for a great tussle between Lisa Snell and Jessica Wright at the finish.

Next up Race 5.11 (From Poland With Love) ENTER HERE

Next up we have Race 5.11, slightly undulating again and it starts from the Polish War Memorial in West London… From Poland with Love is on Wednesday 31st August on Wahoo RGT at 7.30pm UK Time.