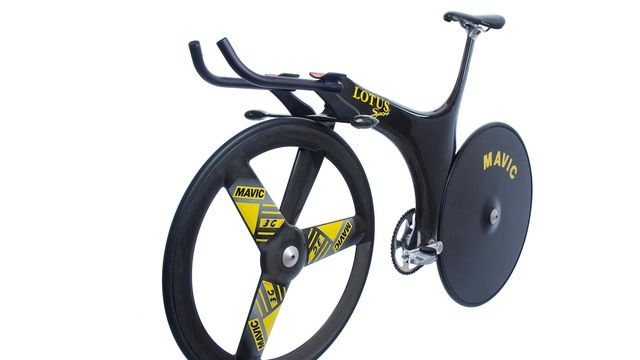 West London Cycling is very unlikely to publish obituaries concerning people unconnected with it, but this will be a rare exception. You may not have heard of Mike Burrows, but if you want a reference point, he was the man behind the iconic Lotus bike that Chris Boardman used to win Olympic Gold.

This tribute isn’t researched, but the author did have the honour to attend an event with Mike Burrows on stage speaking about his career and future goals a few years ago and it was one of the most memorable ‘in person’ events of its kind.

Filmmakers like to stereotype oddball scientific professors working in isolated locations coming up with ‘off the wall’ ideas outside the imagination of the formal educational and research institutions of Government or commerce. In a sense, that was Mike Burrows, working in a shed in Norfolk, he came up with some of the whackiest, wildest and workable ideas for cycling aerodynamics. A free thinker, way outside the box.

Free thinkers often don’t sit well in institutions, and can appear to be opinionated because they have to fight for their ideas to be heard. It is not surprising that his time at Giant, who realised he was possibly the best designer in the world, didn’t last forever. His collaboration with Lotus was never a long term project, but still concepts constantly emerged from his shed in Norfolk. In recent years he had been focused on speed records in phared cycles.

Truly a colourful character, he has contributed a lot to modern cycling design and is a sad loss.