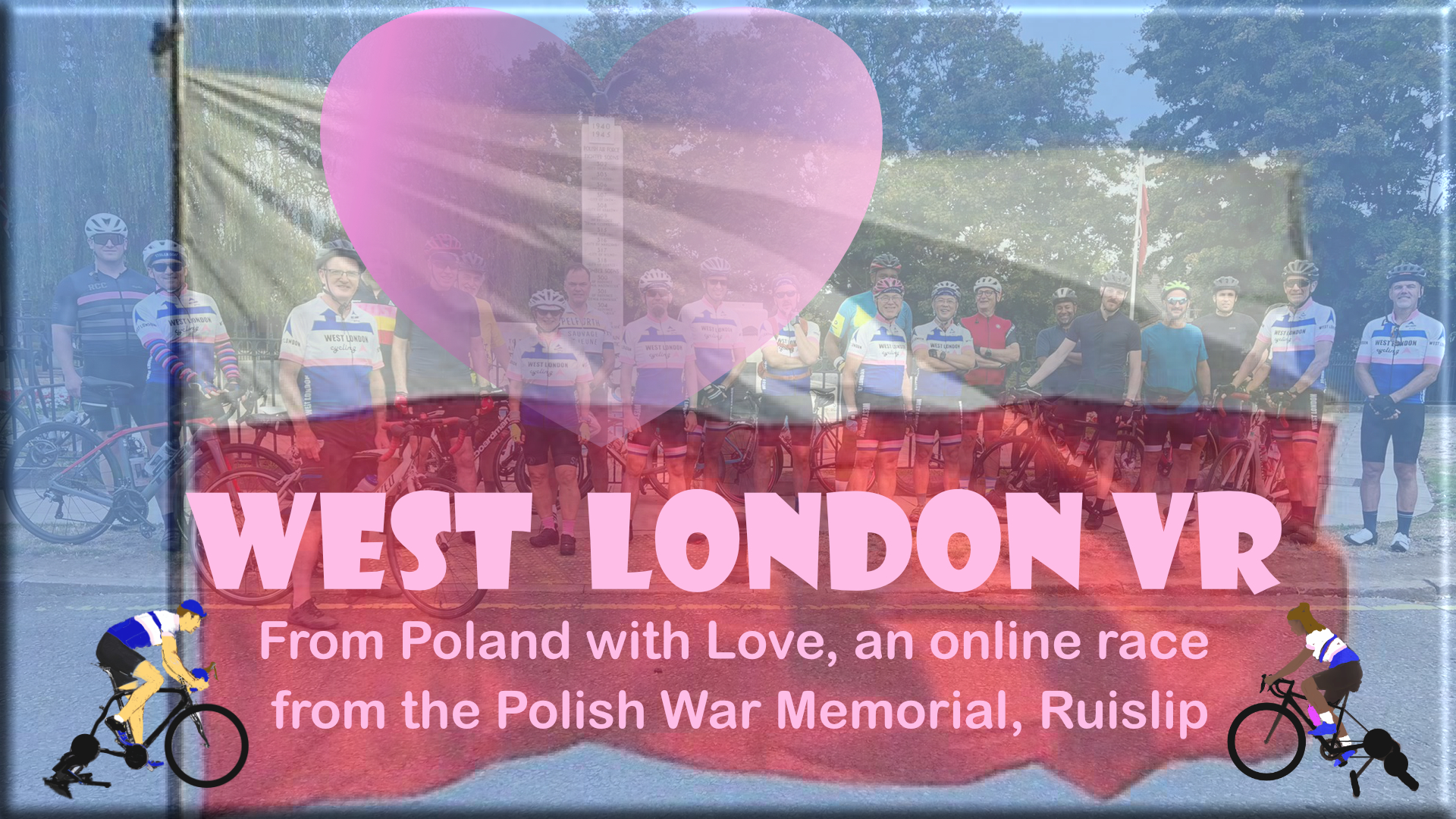 Every Sunday morning at 9am, West London Cyclists congregate at the Polish War Memorial in Ruislip, West London. The memorial contains the names of the Polish Air Force pilots and personnel killed fighting with the British Air Force during World War Two. Many were based at the adjacent airfield, Northolt. With something of a Polish community based in the area, many more Poles settled in the area, escaping communism after the war. These parts of London have now had a Polish community for around 80 years, and this has grown since the fall of communism.

This e-race on Wahoo RGT starts and finishes at the Polish War Memorial, it is only a 15km race and not particularly hilly and will require fast and daring riding to win. Those gallant Polish pilots in World War Two had an amazing success rate, they were fast and daring. This race is, in part, a nod towards the sacrifices made by Polish volunteers on behalf of Britain during World War Two. Let’s make it a race befitting those brave pilots in the past, wouldn’t it be great if a Pole won?

However, this one looks like it might suit Wouter Claes, a Belgian. Can anyone stop him with three races to go?

A 15km fast blast loop starting and finishing at the Polish War Memorial in Ruislip, this route is flat and a bunch sprint may be on the cards …..

You can View the course here