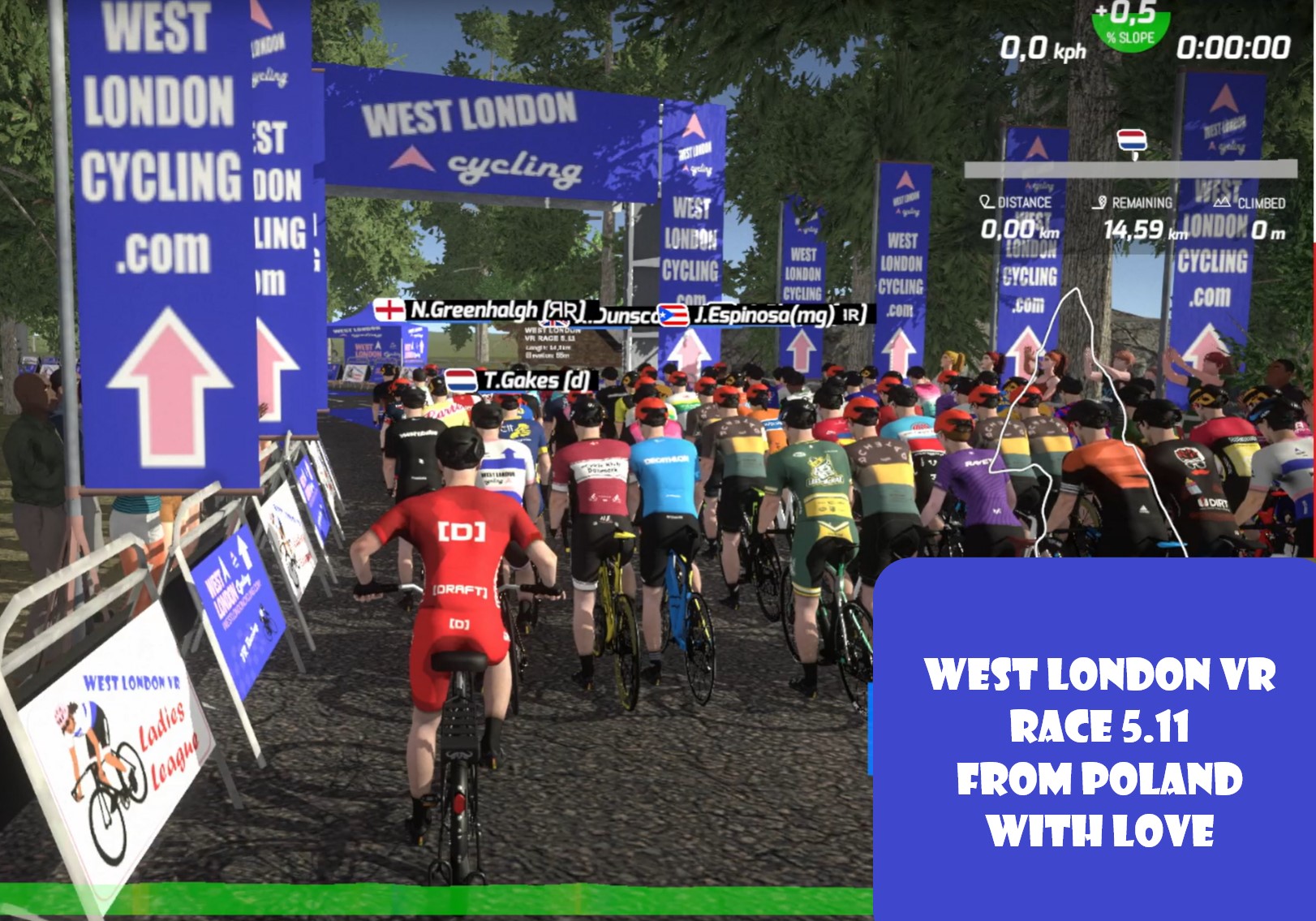 But first an apology, we recorded the race this evening but computer gremlins meant that it failed to record properly and we don’t have a copy. We are sorry, not least because this was a fascinating race and the footage would have been rather entertaining. However, Tom Gakes and Niccolo Martinoli did record it, so here are links to their live streams.

This was an out and out power race, the big guns putting on the pressure and breaking away quite early in the race. Ultimately a group of nine powered their way free with some big names caught out and finding themselves in group two, with around 23 riders in it, we mean big names, like James Melville and Ned Bowen! Despite the numbers they could not catch the nine, although ultimately Tom Gakes and Alex Pleger got dropped by the first group and swallowed up by group two, allowing Ned Bowen to do what he does best, and win a bunch sprint to grab 8th place. Nick Greenhalgh won the 2nd place sprint in a thrilling finish, pipping Doug Hart and Johan Oelofse.

Rasio Racing took 2nd and 6th places to stay in touch in the team competition but Tomasz Poniatowski in 21st place ensured that, his points plus Wouter Claes’ 100 were enough for Moon Riders to extend their lead by another 3 points. Team Draft occupy third place

Ellen Lockett is looking like she is heading for the Ladies League title, she has only ridden five races, so could fail yet with only two races left, but she was dominant despite the arrival of Kate Dunscombe who rode really well after an ‘In Real Life’ crash on Saturday during a race, riding bandaged up tonight.

We saw some cracking sprints further back, Stu Thorn and Mike Ade must have broken poor Tom Alsop’s heart. Tom had ridden a briliant solo journey for a long way, only for Stu and Mike to catch him on the line!

Great to see Maria Witzke and Gail Robinson riding well and well done Jose, not a young man, for taking it all at his own pace and enjoying the scenery to take the Lantern Rouge and 70th place. We salute you sir! And we can’t go without mentioning our favourite tail end battler, Jessica Wright, taking 69th place.

CHECK OUT ALL OF THE STANDINGS HERE