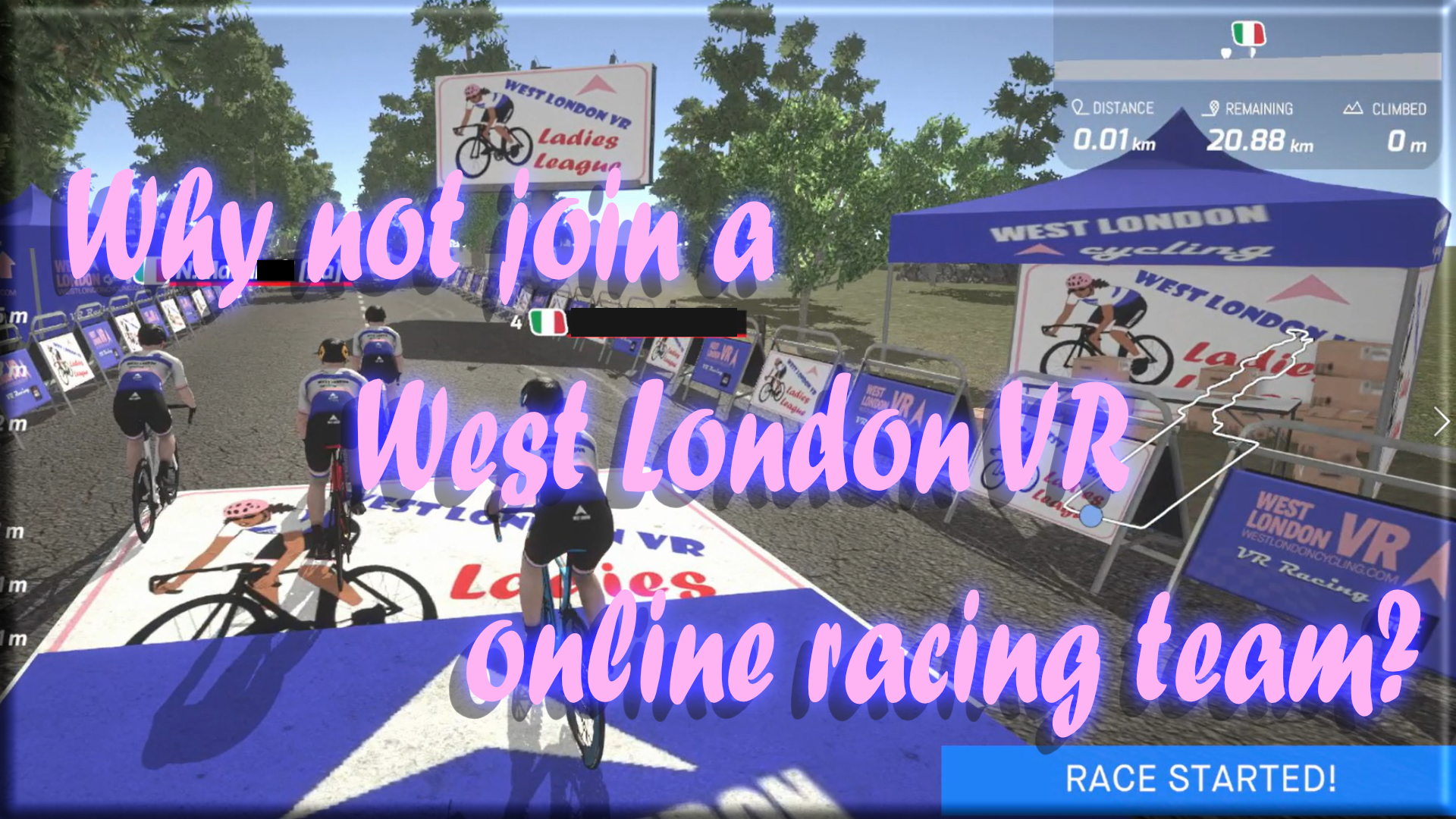 With the Autumn TTT series’ about to start (w/c 4th September) and West London VR Series 6 commencing on 12th October, there’s been no better time to join one of our online racing teams on RGT.

We have Ladies’ and Men’s teams in West London VR series, where the top two in each race score points for the team, so no pressure to make every race (alternative Wednesdays at 7.30pm UK Time, ie every two weeks). Series Six starts on Wednesday 12th October at 7.30pm UK Time.

The TTT races take places on weekday evenings over 12-13 weeks. but we decide which evening each week based on members’ availability (decided via chat groups – which you will be invited to join). You can also wear the team kit available on Wahoo RGT.

We have entered a team in the Moonriders Heroica Series three on Monday evenings at 7pm UK Time starting on Monday 12th September on Wahoo RGT.

Wahoo RGT basic subscriptions are free, races are free to enter and there is no cost to getting our online kit from the Wahoo RGT app … you’ve nothing to lose apart from, maybe, some weight and the races ?

It’s great fun, and we are looking to expand our team roster, so contact us if you are interested.