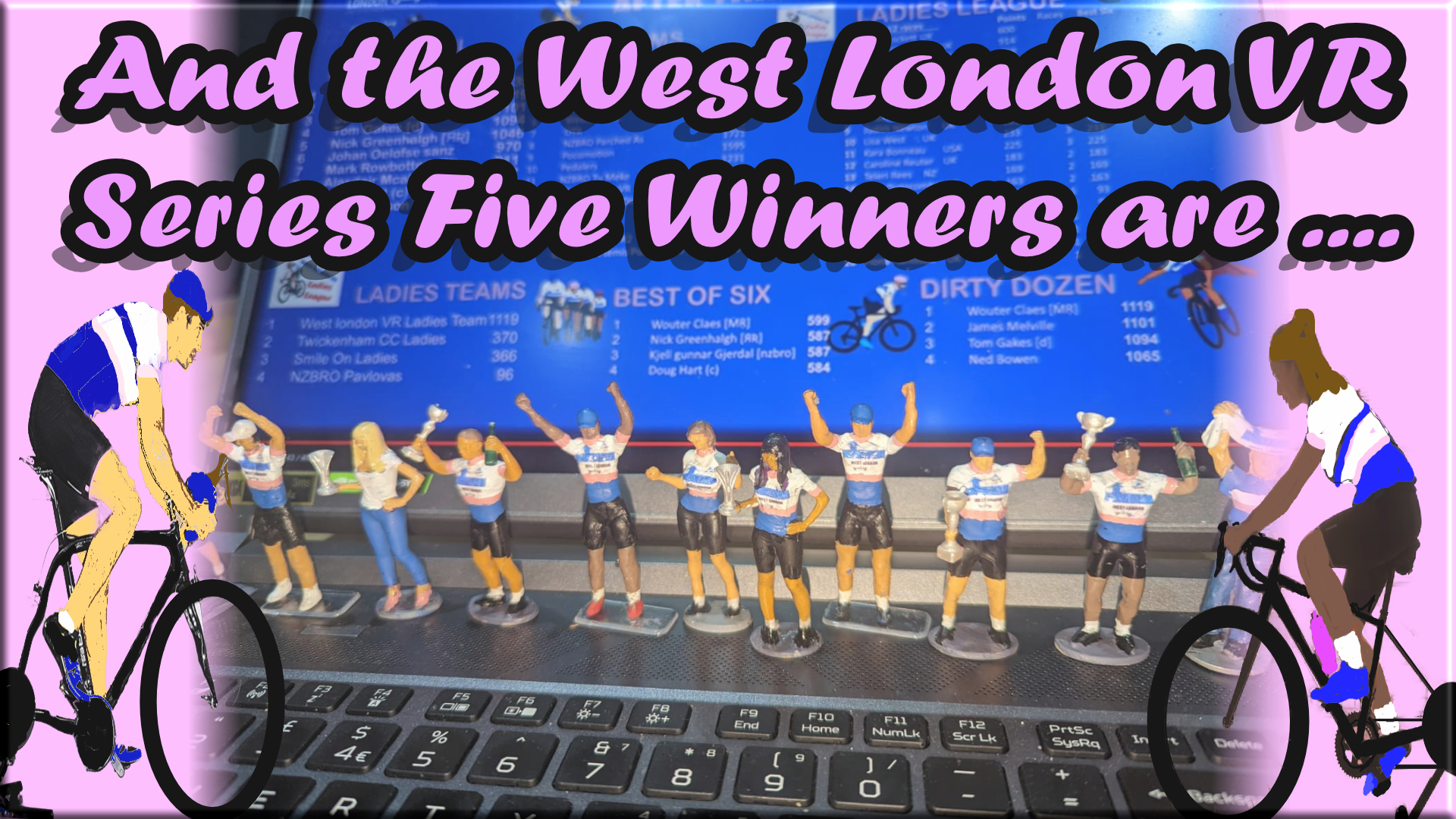 It was a good old fashioned sprint finish after eleven frenetic laps of Hillingdon Circuit. There were 92 starters from 117 sign ups, with 83 finishing. Sadly, there is no award for best abandonment excuse, but the unofficial winner is Jonathan Crain, racing during his lunch hour in Birmingham Alambama (USA) he got a call from his boss and had to take the call ….. one of the hazards of e-Racing (alongside the Amazon delivery)!

Nick Greenhalgh, a former WLVR champion took the win narrowly beating e-Racing star Tom Gakes from the Netherlands. Nick actually lives quite close to the Hillingdon Circuit, the course for this race, so may just have had home advantage. Lorenzo Simons took third ahead of James Melville. We thought for months that Wouter Claes would be champion but a severe techanical in race 5.12 cost him dearly. He had to beat Ned Bowen by over 20 places to grab the title, he finished a brilliant fifth, but Ned Bowen was safely in the bunch taking thirteenth place and the Series title …. congratulations to Ned and everyone else for another brilliant series. Series Six starts on 12th October. ENTER RACE 6.1 HERE

Ellen Locket missed race 5.13 (cycling abroad) but she had already wrapped up the Ladies League (based on a rider’s six best results) and the Ladies team competition (with West London VR Ladies Team. However, the race still saw current champion Gail Robinson vying to grab third spot in the Ladies League. Nevertheless, Jessica Wright and Danielle Gaunt held on to take second and third places respectively. In actual fact, they tied on points based on their best six results, but Jesssica took the tie break having accumulated more points overall during the series by taking part in more races.

Series Six is on the horizon, thanks to everyone who rode in Series Five, you all contributed to another terrific series and we are sure that the next series will be just as exciting …. see you at the start!