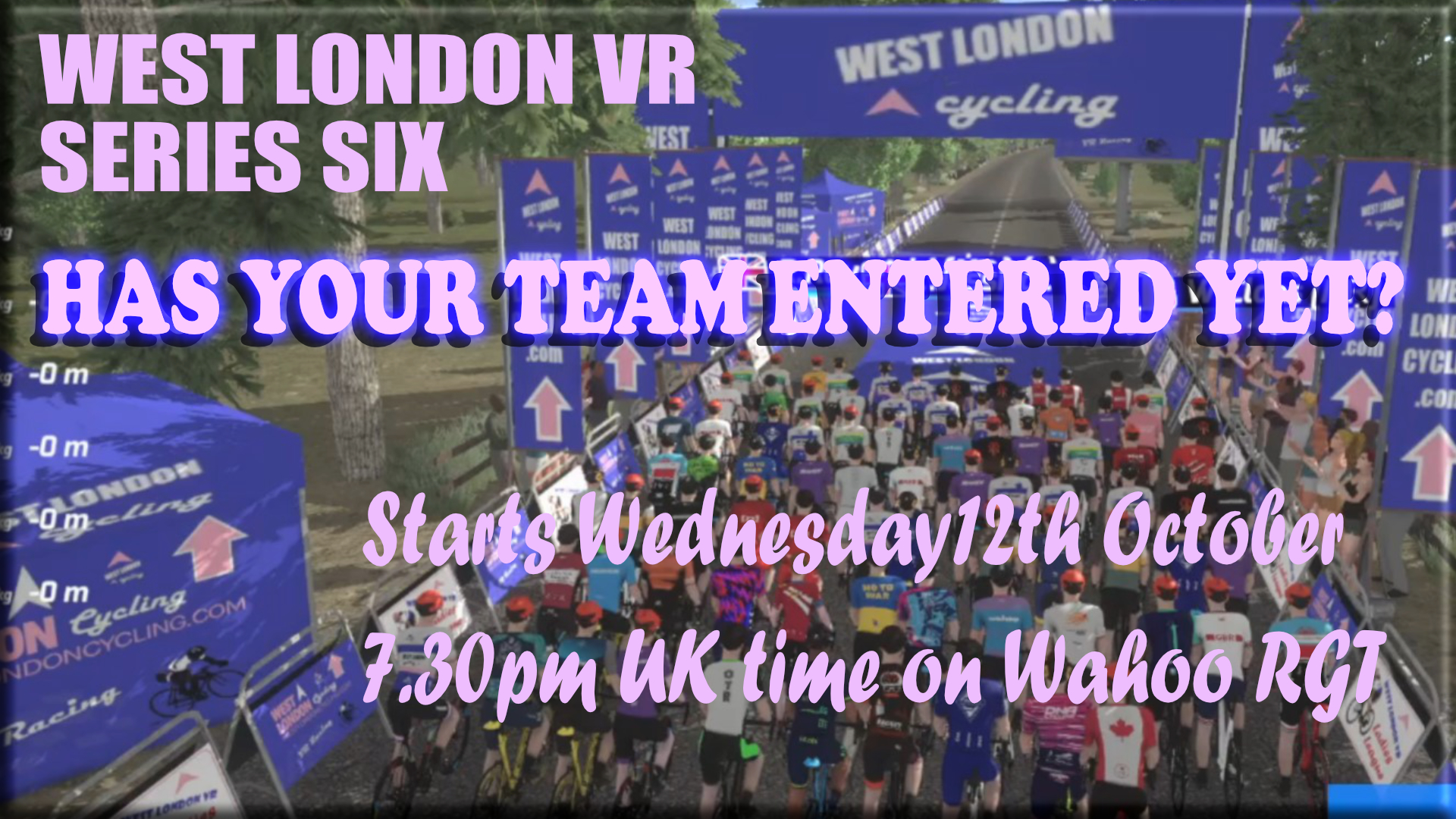 The action starts on Wednesday 12th October and runs right through to 29th March 2023, every alternate Wednesday at 7.30pm (UK Time) on Wahoo RGT

The team competition is just one of six categories that offer trophies, and you only need between two and eight riders to enter a team. This is open to online teams, local cycling clubs from anywhere in the world and groups of friends. The top two riders from your team score points in each race, but you name a squad of eight at the start so that you have a pool of people to cover each race. If you start with less than eight, then you can add riders during the series.

HERE IS HOW IT WORKS:

WEST LONDON VR SERIES SIX TEAM CLASSIFICATION: Whilst all riders should enter and ride each race individually, they can concurrently score team points in the team classification in each race if they choose to join a team. Riders will be participating simultaneously in both the individual and team classifications.. Teams can be made up of between two, and eight riders and the individual points earned by the top two from the team in any race are added together to give a Team Score (ie if the top two riders scored, say, 83 and 77 points individually, then the team would also score 160 points). So you will only really need two riders to enter a team, but can’t have more than eight. If only one rider can make it we will still count their solo score for that race. Remember, this is in addition to the individual championships so either being in a team or not being in a team has no effect on your individual placings. You do not need to ride alongside each other, it’s just the best two individual scores that go to the team tally. Clubs may enter more than one team. TO ENTER A TEAM PLEASE EMAIL THE RIDERS’ NAMES AND TEAM NAME TO Dave.MorrisonR@gmail.com