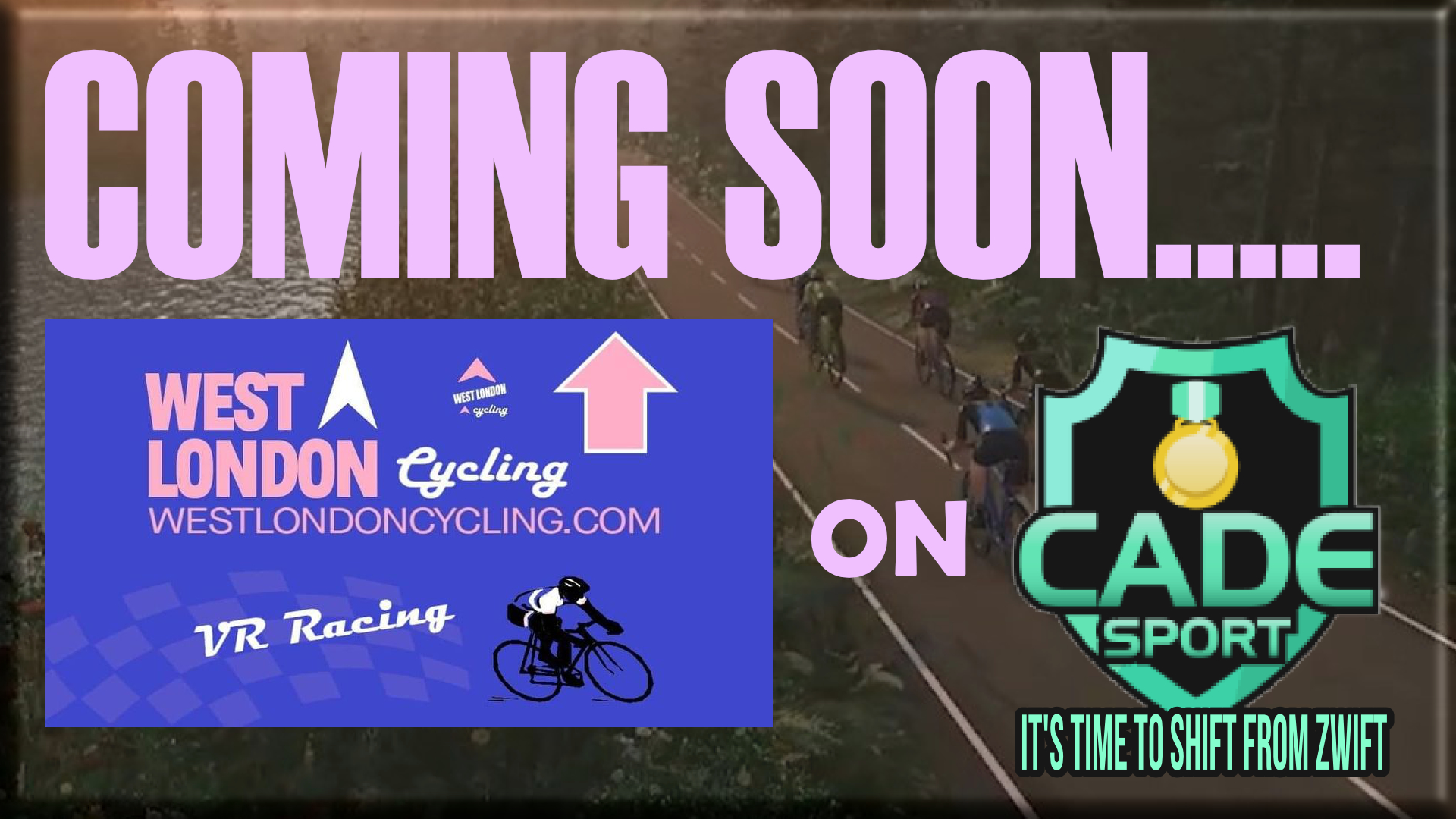 We are running the first in a series of test rides on the new online platfom Cade, starting at 7.30pm on Tuesday 18th October. It is currently free to ride as it is in the Beta Test stage, it isn’t perfect yet but the amazing things they have lined up makes it look like a huge game changer. Join us in some small informal races over the coming weeks and let us have your feedback. Be there at the start, be an early adopter long before Johnny Mainstream arrives. This isn’t disruption, this is progress!

It’s at the Beta Test stage, so will get even better, but it already looks set to overtake Zwift and RGT for features, yet all in one package and half the price of Zwift. Not quite perfect yet perhaps, but why not ride it whilst it’s free? It will be around £65 per year once they start charging. We are giving feedback to Cade and are finding that they are already dealing with most things we cite, or are very responsive.

To join the ride on Tuesday at 7.30pm, sign up for Cade now (It is currently free to test). Our test race is 11km long, set in in New York and I’ve set a 2kph easterly wind with riders uncrashable (ie you can’t crash during the race)

In the ‘Game UI’ settings we recommend that you switch off scoreboard and switch on the lap distance option. Raw power is what we will be riding in this particular race and there is a three minute warm up just before the start that delivers you to the start on time. You can set the difficulty low in the warm up. The warm up is to take away the idleness of sitting in the pen before the start. When you join on Tuesday evening, you need to go into the ‘LOBBY’ before the race.