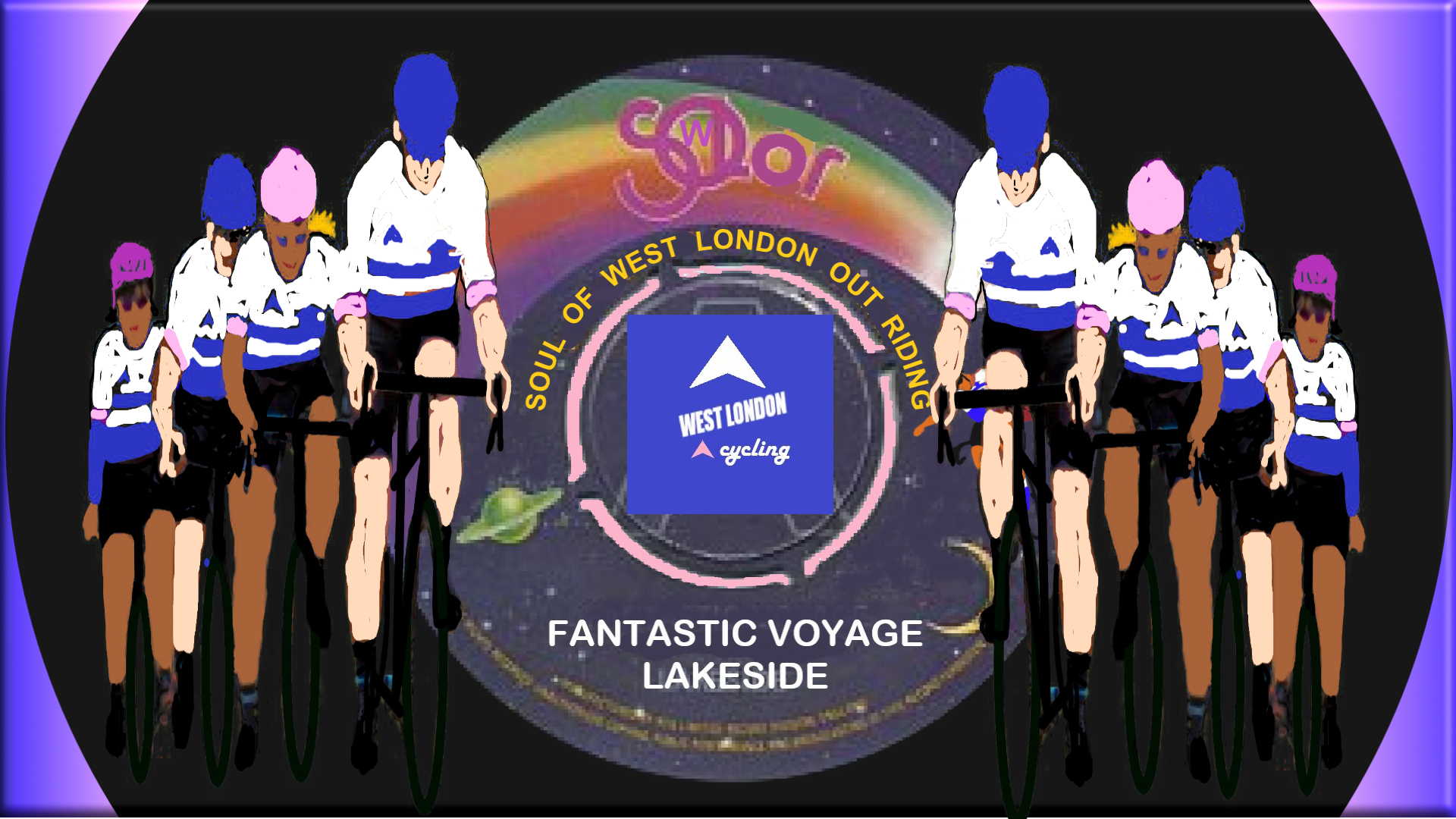 Ride, all the way live to the Lakeside with West London Cycling now on Sunday 30th October 2022

Another brand spanking new route from West London Cycling as we go Waterside on Sunday 30th October at 9am from the Polish war Memorial (A40 Ruislip / Northolt) – this has been moved from the previous Sunday so that those who missed out can have a second chance.

We are looking forward to a brand new ride this Sunday, one we recently tested and really enjoyed. we think that you’ll enjoy it too.

it’s always fresh and funky at West London Cycling, with this new ride taking it’s name from a classic 1980s slab of funk, Lakeside’s, Fantastic Voyage. Younger riders may remember Coolio’s version in the 1990s, and really young riders will have no idea about any of this, although Coolio’s recent death has been in the news which they may have seen.

The ride stops at the Lakeside at Taplow Lake, a cafe that uses the old clubhouse from the days when this gravel pit was once host to the ICI Sports and Social Club’s Sailing Club for workers at the Dulux Paint Factory. The route also passes lakes at Virginia Water, Datchet and Wraysbury …. a truly fantastic voyage. There is a short and smooth off-road section which is fantastic and is fine for road bikes, but you can jostle along the A4 instead if your tyres are too precious.

There are two versions, at 87km and 88.5km, we’ve named the long version the Coolio remix, it’s pretty cool and takes in more lakes at Little Britain.

As mentioned, there will be two routes to choose from and various speed groups to meet everyone’s needs.
Just turn up at 9am at the Polish war Memorial (A40 Ruislip / Northolt) with the route downloaded on your device. To get the route you need to sign up (free – see button above to subscribe) and then you’ll have access to our routes via the members’ zone tab above (choose routes and rides).
We decide on the day as to how many groups we split into, it really depends on who turns up. The faster groups will usually do the longer of the two options with the aim of us all reaching coffee stops at similar times.