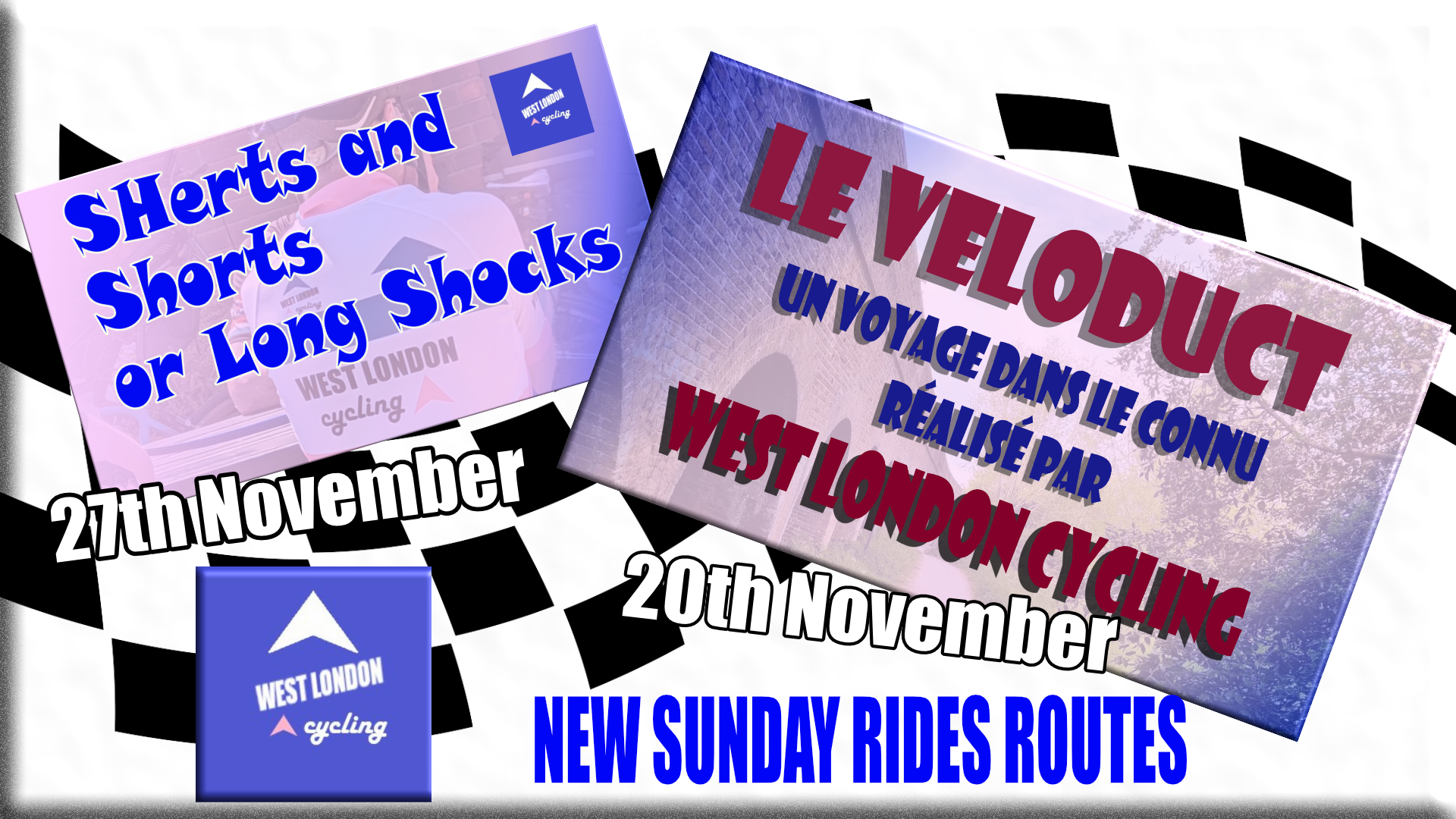 We are delighted to announce yet more new Sunday Routes have been added to the West London Collection for your cycling pleasure.

Recent additions have gone down well and we think these two fit the bill too.

Firstly, Le Veloduct which, unusually, takes in a bit of Slough but Baz, Kay and Steve will understand why after we tested some of this route recently …. although the second half is majorly different to that test ride. It takes place on Sunday 20th November starting at 9am from the Polish War Memorial as usual. Coffee at Burnham Beeches. Two versions, Le Veloduct at 59km and Le Velduct Etendu at 62km.

Then, a week later, it’s another one of Bryn’s hurtling Hertfordshire humdingers as we foray into the forbidden territory of South Hertfordshire …. it’s not forbidden really of course, but it presents navigational challenges. Fortunately our very own Marco Polo, reincarnated as Bryn Evans has found the South Herts Silk Road and presents: SHerts and Shorts at 75km and SHerts and Long Shocks 82km. Coffee at the Lazt Llama in the St.Albans Area.

In the meantime, we are off to one of our favouraite cafes on 13th November, Blackwell’s at Chipperfield.