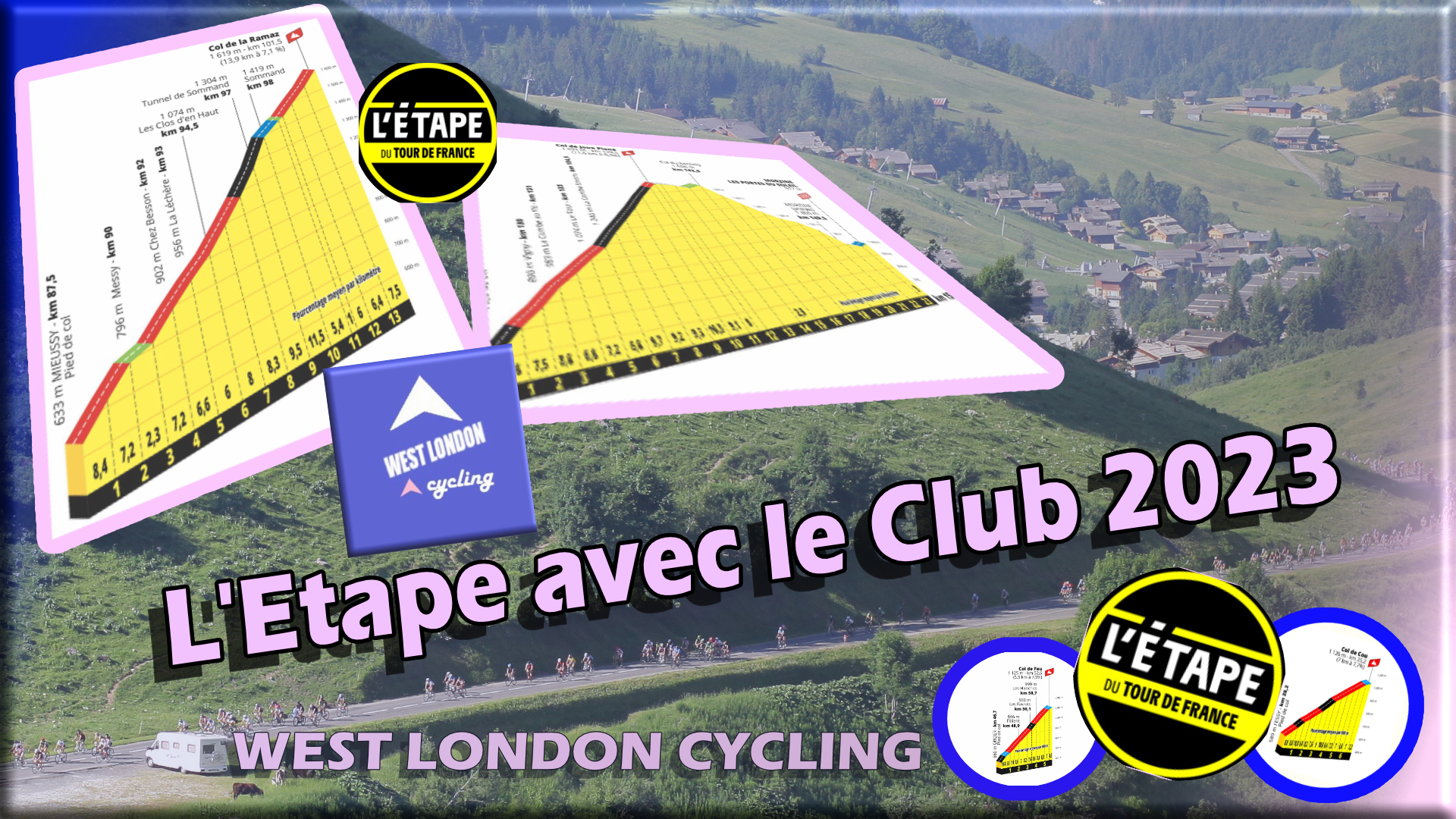 There’s no doubt that L’Etape du Tour is one of the great Sportives of the World, for many reasons. Many thousands of riders make for a great atmosphere, people at the roadside shouting ‘Allez’, the amazing scenery, the chance to tick off famous Cols, riding an actual route from that year’s Tour de France, the village and all the big name exhibitors …… it’s great. A few days later you get the chance to watch the pro riders do it on TV, knowing exactly what the climb feels like for yourself.

For 2023 it’s Stage 14 of the actual tour and takes place on Sunday the 9th of July from Annemasse to to Morzine in the Northern Alpes. There are five climbs over 152km, one Category Three (Col de Saxel), three Category One (Col de Cou, Col de Feu and Col de la Ramez) before the HC Col de Joux Plane and a massive descent into Morzine. Over 4,000 metres of ascent. The route bears some resemblance to the 2016 L’Etape but on that occasion the Col de la Ramez had to be cut out due to a landslide. It was cleared in time for the Tour de France a few days later though.

You can enter directly with ASO (L’Etape du Tour) but you will find it difficult to get local accomodation as all of the official tour operators will have snapped up most rooms. We know of five WLC members who have booked via Sports Tours International and are staying in Annnemasse. Tour operators also usually provide airport transfers.

Taking your bike on the plane is usually OK but you will need a bike bag or bike box to pack it in. British Airways accept standard bikes as standard luggage even though they are larger than standard baggage sizes. So you just book an extra bag.

Dave Morrison, Gautam Thakkar, Graham Lane, Stu Thorn and Baz Mistry have all booked with Sports Tours International at the Oskars Hotel and City Gailllard Apartments. They are booked on British Airways Heathrow to Geneva, 6.45am Friday and back on Monday 13.05pm to Heathrow. We aim to get some practice climbing in Friday afternoon and Saturday before the Sunday event …. at tourist pace of course.

Anyone else who fancies joining us, let us know. We have a Whatsapp group for the five so far.